Meadowview Baptist Church/Starkville MS is seeking a Minister of Music: This position is considered a bi-vocation position currently.  Basic requirements include a relationship with the Lord, Jesus Christ, a passion to disciple others in musical praise, and preferred experience leading a congregation in corporate worship.  Resumes and cover letters may be submitted via email to    or mailed directly to the church office at 300 Linden Circle, Starkville, MS 39759 (attention Music Minister Search Committee).  For detailed information or questions contact Nick Browning.  Other church information can be viewed on our website located at http://mbcstark.com/. 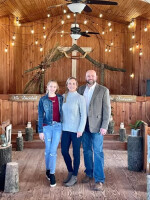 Jason Middleton was raised in West Point, MS.  After graduating from Oak Hill Academy, he attended one year at Mississippi State University.  The Lord soon led him to transfer to Blue Mountain College to complete his Bachelor’s degree in ministry.  Afterward, he earned his Master’s of Divinity at New Orleans Seminary.

While attending Blue Mountain College, Jason met Tiffany McCluskey.  They were married in Rogersville, AL on July 17, 2004.  Jason and Tiffany have a precious daughter, Madison who was born on April 10, 2007. 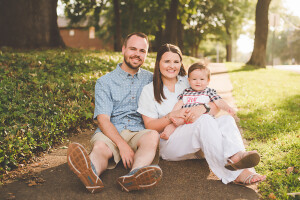 Bill Trainor was  born and raised in Starkville, MS. He has attended Meadowview his whole life, and after graduating from Mississippi State University May 2015, he grew a passion for discipling college students. He currently works at Mississippi State full-time while serving bi-vocationally as college minister here at Meadowview.

While attending church at Meadowview, Bill met Andrea Trainor. They were married in Starkville, MS on September 16, 2017.  Bill and Andrea have one son named Gray who was born July 3, 2020.

"For the grace of God that brings salvation has appeared to all men,  teaching us that, denying ungodliness and worldly lusts, we should live soberly, righteously, and godly in the present age,  looking for the blessed hope and glorious appearing of our great God and Savior Jesus Christ." Titus 2:11-13 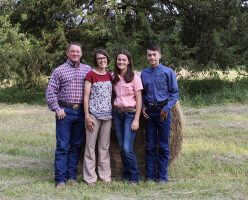